The Value of AppleCare Plus

I have mentioned this before both on the podcast and in a number of Mac User Group meetings I have spoken at in the past. I do feel the need however to post about this again this week for reasons that will become abundantly clear in a moment.

AppleCare plus for your iOS devices is a must have for people on the go that rely on their devices. For $99 users get two years of coverage against device defects and against accidental damage. Let messy that one more time for emphasis. If you accidentally damage your device apple will replace it for $49 dollars. For the two year coverage of the device if you drop it on the ground and it breaks or if it falls in water Apple will replace the device for $49.

I just happened to be talking to a friend last Monday about AppleCare and stated I never really use it in the six years I have carried an iPhone or the three years I have carried my iPad. The very next day my phone slipped out of my hand and fell on its edge on a concrete parking lot. The result was disastrous.

After getting over the initial shock and surprise I didn't worry about it. I just picked up my phone opened my Apple Store app and through the cracked screen booked an appointment with a genius. I went right up to the store on my way home and they swapped it out in about twenty minutes. I paid for my replacement and bought a case to make sure it doesn't happen again. As soon as I got home I restored my phone from my iCloud backup and within about four hours of breaking my phone I was back in business and no one would have known it even happened if I had not posted it on Twitter.

Finally a few years ago I had my trusty 2007 MacBook Pro that was my primary computer. In the three years I owned the machine it went back for service for a few issues. One was a recall for a bad graphics chip, next a bad battery, later another motherboard for a different issue, then a broken lid latch that was keeping my machine from closing. Finally one night the hard drive started acting up so I Carbon Copy Cloned my hard drive to an external and booked an appointment.

Due to the number of issues I had experienced with this one machine Apple opted to replace my computer with a brand new 2009 MacBook Pro. Thanks to my AppleCare warranty I got a new machine and immediately bought a new warranty. Laptops and handheld devices go with us everywhere and sometimes take a beating. Again I can't stress enough the importance and peace of mind The AppleCare plus warranties bring for someone who constantly relies on technology for daily life. 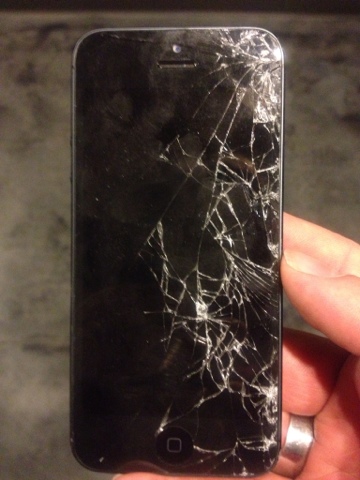