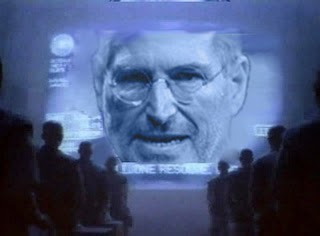 In an email this past week Jason Calicanis wrote a Case Against Apple in Five Parts detailing where Apple is going wrong as a closed platform and how their control of the platform can ultimately hurt them. This got a lot of email sent to Jason, some agreeing and others well let's just say vehemently disagreeing. I am a fan of Apple but folks there is no need to be ugly about it when someone expresses an opinion on how Apple might improve.

In addition to those emails Techcruch and The Daily Beast have both run stories about both Jason's email and the responses. So I thought this week I would wade into the discussion with a few thoughts of my own.

Jason stated since the love affair was over he was going to buy a Zune. Here is my question to Jason. Isn't the Zune less open and ultimately more expensive than the iPod? First if you want to use the Zune you have to use the Zune 3.0 app to sync your Zune with your computer. The Zune software only works on Windows XP Sp2 and higher. No Macs, no Linux, are even welcome on the Zune without the use of Parallels, VMWare, or some other Virtual Machine Application and Windows. As iTunes runs on both Mac and Windows it seems as though the iPod is more open than the Zune.

Still most people just don't seem to care for the Zune even with the Social features it has that iPod doesn't. The iPod is still selling millions and the Zune is only about 3% of MP3 sales.

On the Mac OS the thing that has made the OS so stable and rock solid for years is the fact Apple has kept tight control over both the hardware and the software. By doing that software developers new pretty much what they were righting their software for and the OS developers new they only had a few types of hardware devices to worry about so making things integrate tightly and be stable was a fairly easy task.

Anyone who has worked on Windows knows that sometimes adding a sound card or other peripheral could cause unexpected results once the drivers were loaded. Microsoft is even starting to deal with that issue requiring drivers to be signed in Windows 7 and device manufactures have to pay to get their drivers signed. A great way for Microsoft to make more money and finally force manufactures into some sort of standard to reduce the number of issues they have with their operating system.

I argued in a blog post in 2002 that Apple should make an Intel version of OS X. Of course I didn't know then they already were in preparation for a transition to move their hardware to Intel. I thought they should be doing it and still controlling the experience by partnering with Dell, HP, and others allowing them to build their brand to an Apple spec and allow those machines to run OS X.

This would allow more people to use OS X and increase its market penetration and let the other manufactures benefit from Apple's design. People who are going to buy Macs aren't going to stop but their might be some lower end markets that are still untapped because they can't or won't spend $1000 on a laptop or desktop computer. Apple could still make money off the OS license and make it a little easier for people to make the leap to OS X. Plus pushing more OS X installs out their make for a larger install base for developers to write software too. It is a win/win for everyone.

But Apple is a hardware company that uses software as a value add to sell their hardware so I don't see them doing that any time soon. I wish they would but it just isn't likely to happen. Plus Atari made the mistake of opening up their platform to anyone who wanted to write a game for the platform and ended up with some low quality unreliable games and the console took the criticism for it. Ultimately Atari went away and every console manufacturer since has kept very tight control over who is allowed to distribute games to avoid the same fate as Atari. Apple by comparison has been very open allowing anyone to produce apps for the computer, but keeping a tighter control on the phone.

The iPhone while having a tightly controlled ecosystem of Apps it has the largest ecosystem of Apps of any smart phone. The device has gone from non-existent 3 1/2 years ago to a Gartner Group estimate of 13% of smart phones in just that time and still growing by leaps and bounds. Do we love everything that is being done? Of course not. We want Apple to end the exclusivity agreement with AT&T which has been a hallmark of the American cellphone market for more than a decade and allow users choice of network. Many European countries have been doing this for years and our own FCC is finally looking into the practice to determine if it is harmful to customers. The answer is in short yes it is. Handset manufactures have been largely forced to hobble their devices and stifle innovation because the carriers didn't want devices on their network that might tax it or force them to upgrade the network to keep up with changing demands.

Apple is getting a lot of heat over the rejection of the Google Voice Application which is what has touched off this firestorm. Apple has been fairly arbitrary in accepting and rejecting Apps on the App Store for some time and with no real good reasons ever given. It leaves one to wonder how much of the seemingly arbitrary decisions are Apple's and how much is it a contractual obligation with AT&T?

I would like to see Apple more open and continue their expanded market penetration. It is good for us that already use Mac OS and will push companies that only develop for Windows to start thinking about both. I have clients in Real Estate and Accounting that struggle with large companies not making websites or software that work on anything but older versions of Windows or older Internet Explorer Web Browsers. Larger market share will inevitably lead to these companies innovating and creating apps that will work on Windows or Mac and creating websites that are not hooked into a particular browser. Historically Microsoft has been the big brother anti-competitive company who has created methods to tie people into one browser, one OS and it is coming back to bite them and their customers. How many people are stuck running IE 6 because one website won't allow them to upgrade?

Is Apple Big Brother yet? No, they have the potential to someday maybe. However I hope by then they will not feel the need and allow users to tweak and customize their devices as much as they can their OS. OS X is very configurable to look and feel how a user wants to make it look and feel. Maybe once AT&T is just a player in the larger iPhone ecosystem we will see the iPhone move the same direction as OS X in terms of the variety of apps a user wants and the kind of experience a user wants. Does the user want the Apple preferred I don't have to think about my device and just use it experience or the hacker let me tweak, customize, and see what I can make it do experience?

One thing is for certain cellular networks will have to look at protecting their network from the network side and stop meddling in our handsets. Thanks to Apple that trend is starting slowly.