I love writing prediction pieces, it is fun todo and gives me a chance to imagine what I would design or like to use if it was made available. We already know Apple is going to talk about details of the Apple Watch. We will finally get pricing on the mid range and high end watches, as well as ship dates and pre-order dates. I can't wait to line up to get my Apple Watch. 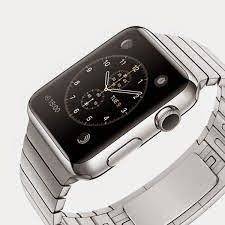 Analysts are predicting 5 million units have been made, I think that will not cover the opening weekend demand for the new device. I bet sales will be strong and supplied constrained until summer. The entry level watch and mid tier the big sellers with just a few high end watches being sold. Estimates that the high end watch being around $5,000 is probably not far off base. For that price Apple I believe will announce the devices to be the most upgradable device ever with internal component upgrade options in the future for a substantially more modest price or the Edition and maybe the mid tier watches.

The demos will of course include some highlights from developers doing some amazing things with the watch software. I hope some of the health information rumors are just that rumors, I hope the device has the ability to monitor stress levels and remind the wearer to calm down. I know this writer could use that reminder from time to time. I will be surprised to see if it can monitor blood pressure but heart rate should be fairly simple.

I will say that accessories for the Apple Watch will also sell very well. I would bet that most owners of the mid tier and edition models will probably choose two or three band options and the price of the magnetic bands or more modern clasps will certainly be higher than what we see with traditional watch band tech.

Overall I expect that Apple watch to be a huge hit and outsell the rest of the smart watch industry and likely take the traditional watch industry by surprise. Even if a small percentage of iPhone owners buy Apple Watches it will still be a huge market.

The big surprise will come in the form of the One more thing. Apple never just rolls out one item at these events. The rumor mill has been loaded with talk of a pen, a 12" iPad, and a 12" Macbook Air. I am just seeing a flashback to the iPhone announcement when Apple announced three new products and they are all the same thing.

My prediction is the iPad Pro 12" and the Macbook Air 12" will actually be the same device. A

modified version of iOS and OS X, with better multi-tasking and enhanced UI for better touch interface. When docked with the keyboard it would behave like a Macbook Air, when undocked it would behave like an iPad. The ability to run both OS X and iOS Apps. Not with emulation but by putting both an ARM processor and Intel processor in the same machine. Toss in a high quality pressure sensitive pen and you have a strong competitor to the Microsoft Surface tablets. Which I have used and find them to be likable devices. Some elements of the UI are still too small to be effective for touch but I am sure Apple UI designers would address and correct that.

I could envision the workflow being something like quick communications and notifications coming in on the watch. Slightly longer interactions and light work, pull out the 10" iPad tablet for single tasking work and entertainment. Then the larger tablet for serious work, multi-tasking and laptop replacement when traveling for days and the large desktop machine for the heavy duty computing tasks and large amounts of data storage.

I hope to see a new announcement regarding AppleTV. Something that will give the cord cutters a reason to rejoice and some new technology around home to make home automation easier and more user friendly. They may even throw in an announcement on upgrades to iCloud for enhanced security and maybe a new feature or two.
at March 01, 2015